Authors and the visual arts

Writing classes often advise emerging authors to give a lot of attention to all the senses. 'Include smells,' they say. 'Include textures and sounds. Mention the taste of things.' These tutors are right. Humans have five senses, and use them constantly, whether they are aware of the fact or not. Writing needs to suggest real life.

Beginning writers need to take care with this aspect of writing, however: bombarding the reader with every single sensory notion in every scene, or giving too much information about a character's experience of one, can have an off-putting effect. Are you sure your reader wants to know what every scene smells or sounds like? It can be over-kill to compare noises and aromas continually. It is much more effective to mention these things occasionally, and with a lot of thought and planning.

Humans are, after all, very visual - and what they do while they read is build a mental 'picture' of what the author suggests. It is rarely a mental noise, or a mental smell! And this is where the literary arts have a similarity to visual arts such as photography or painting. Such artists suggest mental imagery that prompts the reader's own store of memories and experiences. Words are as powerful as pictures in suggesting emotions such as fear, joy and exhilaration, and a few words are enough, just as a few strokes of charcoal in a sketch or a vague black and white photograph are sometimes enough to provoke a whole flood of memories.

A bleak landscape, a family group ... they are images we all have in our heads, but they are not all necessarily identical. Reading a book, we tend to like suggestions much more than literal and minute descriptions, so that we can fill in the picture with our own imagination. A reader's own thoughts play a very important part in the activity of taking in a novel, just as they do when they see a sketchy rendition of something that looks vaguely familiar.

The role of the author must be understood in this relationship between one who creates a story and the receptor of that narrative. It is a kind of dance, where one leads, but occasionally stands back to allow the other a very personal space in which to conjure pictures of their own. 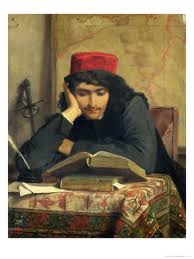 Is this why reading is so satisfying? Readers often say they prefer the book to the movie that follows. Is it because the movie is not their own visualization, but that of the director?

Let me know what you think - how you like sensory aspects in what you read. If you are a writer, tell me how much prompting you feel your readers need to conjure a scene you create for them in their minds. Tell me whether you feel there is some sense in calling writing a visual art. 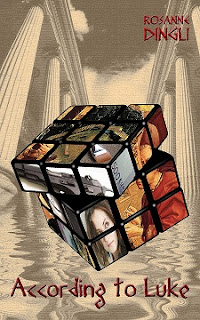 Easter is a break that's entirely suited to sitting back with a new eBook. A holiday without some relaxed reading is no holiday at all, is it?

According to Luke fits the bill. It's an exciting thriller that's romantic and intriguing, offering entertainment and fruit for thought. Reviews and blurb can be seen at Amazon.com or by clicking on to the author's website.

Download this eBook between April 17 and May 3 and claim your free eBook. The conditions and How to Enter all appear on Rosanne Dingli's Author Website. Front page - you can't miss them.

The eBook short story collections on offer for free are: Vision or Delusion, A Great Intimacy, Making a Name, and Over and Above. They all contain awarded or published stories from Rosanne Dingli's pen, which appeared in other collections between 1991 and 2003. An eclectic mix of literary, romantic, foodie and mystery, they are little grabs of culture that are ideal to fill the time it takes to make a pleasant train ride or tide you over the tedious wait in some clinic.

Short stories are once more gaining popularity because of their quick consumption - today's hurried lifestyle sometimes only allows snatches of minutes: small windows of opportunity for reading. A short story neatly fills a small pocket of time with a pleasant escape. Visit Europe, experience new or forgotten tastes and sensations. Sample a new writer, a new style of writing or a new genre with a short story.

Don't forget to put in your entry soon - it's as easy as a quick download and a rapid email. And don't forget to leave a quick comment about what you think of all these colourful covers.

The best kind of promotion

Image via CrunchBase
Authors rack their brains - often, and hard! - to find ways to promote their books off- and online. There are the most obvious ways to promote, for sure: social media works well for most. Facebook, Twitter and LinkedIn are among my favourites.

There is growing interest in statistics as to whether this kind of promotion translates to sales, and I have found that there is a difference, although not a huge one, that I can ascribe directly to my Facebook presence and activity. And therein lies the crunch - consistent activity is necessary to keep your name and presence afloat in these places. You, and your books, are easily forgotten when your name slips too far down below the fold. 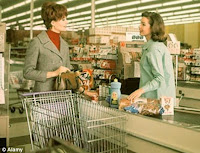 Because we are so taken with online activity that can be done at any time of day, in any state of dress or state of mind, it is easy to discard the offline activities that can boost sales. There is nothing that secures a sale faster than a personal encounter. Talking to people about your books can elicit responses that range from utter surprise to enthusiastic demands for information. I speak to everyone about my newest book, According to Luke. From the person at the supermarket check-out (often university students bored rigid by the repetitive and monotonous process) to the crossing attendant outside a school, waiting for the final siren!

Sitting targets are one thing - they make avid listeners and do look you up, I've checked. There are also targets for book information who are in the business of looking up books, namely librarians and bookstore owners. Take one or two of these into a regular round-up, and there might be a few sales there too. Offering to talk at a library often has an events coordinator light up with joy... another spot on the calender she does not have to phone around for.

Schools and colleges hanker for speakers to flesh out their curricular activities. A real live author speaking to a language or literature class does marvels for the students, and captures yet another stream of people aware of your name and the titles of your books.

I have spoken to many people about According to Luke, and it's starting to show in sales. I am rather interested in hearing the comments of other book lovers. If you are an author, do tell me about your latest effort in face-to-face promotion. Who have you spoken to about your book? If you are a reader, let me know whether you have ever met any real live authors, and what the experience was like.